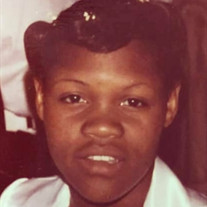 Angela Marie Turner was born in St. Louis Missouri, along with her twin Brother Anthony Turner on September 13,1964 to Richard and Mary Ann Turner. Angela was the second oldest out of 4 children. (Deceased) Richard“Dickie” Turner (brother),Anthony Turner (twin brother) and Stephanie Turner (sister). In high school, Angela aka (Angie) ran track and played field hockey. Her hobbies also included ,water aerobics and sewing.Angela graduated from Beaumont High School class of “84 in St. Louis Missouri. Angela M. Turner married Leo D. Price Sr. on March 21, 1985. They were married for 35 years.Angela and Leo moved to Houston, Texas where they started their family. Angela gave birth to two beautiful children(son) Leo D. Price Jr. born on November 5, 1986 and (daughter)Leah D. Price born on July 25, 1993. Angela’s natural ability to make people around her feel better with her infectious smile, laughter and empathy led her to become a CNA. Angela was determined to grow in the nursing field, so she studied to become an LPN. Angela worked at Barnes Jewish Extended Care for over 25 years. She was compassionate, hardworking, understanding and had a lovable personality. Angela was elated and overjoyed to become a Grandmother on December 10, 2015 to Kayla Marie Sigh. Ever since the day Kayla was born Angela formed an unbreakable bond with her granddaughter. Their bond was so tight that Angela moved to Arizona in 2019 to be more present in Kayla’s life. Angela was excited and nervous to start a new journey in Arizona but with Jehovah on her side and Kayla in Arizona nothing was going to get in her way. Angela adjusted quickly to Arizona where she created a new life which evolved around her granddaughter. They would spend a great deal of time shopping, going to the nail salon, and most importantly serving Jehovah faithfully. Angela wanted to please Jehovah and endure till the end. Some of her favorite scriptures include New World Translation of the Holy Scriptures: 2 Corinthians 4:8,9 “We are hard pressed in every way, but not cramped beyond movement; we are perplexed, but not absolutely with no way out; 9 We are persecuted, but not abandoned; we are knocked down, but not destroyed. Job 34:10 “So listen to me, you men of understanding: It is unthinkable for the true God to act wickedly, For the Almighty to do wrong!"

Angela Marie Turner was born in St. Louis Missouri, along with her twin Brother Anthony Turner on September 13,1964 to Richard and Mary Ann Turner. Angela was the second oldest out of 4 children. (Deceased) Richard&#8220;Dickie&#8221; Turner... View Obituary & Service Information

The family of Angela Marie Price created this Life Tributes page to make it easy to share your memories.

Angela Marie Turner was born in St.
Louis Missouri, along with...

Send flowers to the Price family.