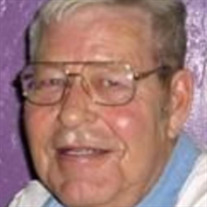 George Layton Addie (86), retired Administrative Officer, US Public Health Service, passed away November 13, 2020. He was born March 31, 1934 in Rushville, Nebraska and was the only child of Clara Layton and George Addie. His early years were spent on the Pine Ridge Indian Reservation in South Dakota. He graduated Rushville High School in 1952, and attended Chadron State College in Nebraska. He married Lila Higgs and together they had four children. The family moved to Arizona in 1963. The couple later divorced. He married Kathleen Yogerst in 1975. His first Federal employment was as a Summer Survey Aid. He secured permanent Federal employment with the Department of Army in Sidney, Nebraska. He would later work for the Departments of Navy and Air Force, and the Bureau of Reclamation. His time with the Navy was spent at the Litchfield Navy Base in Litchfield, Arizona. When the Navy base closed, he joined the U. S. Public Health Service, National Institutes of Health as the Administrative Officer for Epidemiological and Clinical medical research studies of American Indian populations throughout the Western United States and various groups in the Pacific Rim countries. He served in this capacity for 25 years. This was a job he loved and thrived in. He retired in 1990 with 35+ years of government service. Following his Federal retirement, he became involved in many community activities, including as the Arizona State President of the National Active and Retired Federal Employers Association (NARFE) 1999-2001, member of the Board of Directors of the Area Agency on Aging Region One, AARP, and held offices in the Senior Citizens Councils of Maricopa County and the State of Arizona. In his later years, he reduced his involvement in community activities, but stayed abreast of community events and maintained contact with friends by email. George is survived by his wife of 46 years, Kathleen, who was the love of his life, four children David Addie (Carolyn), Jolynn Addie Clarke (Steve), Judy Addie, and Dennis Addie, and grandson Jason Addie (Tamuna). Also, three step-children Mike Yogerst, Eric Yogerst, and Michelle Yogerst, and many grandchildren and great grandchildren. He was predeceased by one step-son, Joseph Yogerst. His children were always his greatest pride and joy. He was an avid sports fan (especially ASU baseball and football), stayed politically engaged through his retirement years, and watched Jeopardy most every evening. No services are planned due to COVID.

George Layton Addie (86), retired Administrative Officer, US Public Health Service, passed away November 13, 2020. He was born March 31, 1934 in Rushville, Nebraska and was the only child of Clara Layton and George Addie. His early years were... View Obituary & Service Information

The family of George Layton Addie created this Life Tributes page to make it easy to share your memories.

Send flowers to the Addie family.