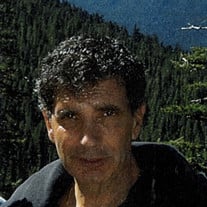 Lawrence Egidio Han, 78, passed away Saturday, September 8, 2019, knowing how much he was loved by his children, grandchildren, sisters, nieces, nephews, cousins and friends. A celebration of life service and ceremony to honor his memory will be held 3 – 6 p.m., Saturday, September 21 at Samaritan Funeral Home, 1505 E. McDowell Road, Phoenix, Arizona 85006. Larry was born April 18, 1941 in Brooklyn, New York to parents Lawrence Abaca and Elizabeth Ferraioli Han. He moved to Tucson in 1953 and grew up in a historic home along Oracle Road (later torn down for development, where he raised chickens, goats, horses and his prized German Shepherd as a member of the local 4H program. He graduated from Salpointe Catholic High School in 1958 and received his undergraduate degree from the University of Arizona in 1962 and his law degree shortly thereafter. Larry took his law degree and put it to work as a claims’ adjuster for Allstate Insurance until he retired. He developed a passion for real estate, fixing up houses and owning rental properties where he served as a landlord until he died. Larry enjoyed travel and always lamented that he never did enough of it. If there was a ghost town, campground or historical park within driving distance, he shared his love of history and the outdoors with his children. As a single dad, Larry devoted his life to his children by making sure they participated in a variety of youth sports and school activities. From football to baseball, soccer to softball, cheerleading and everything in between, he never hesitated to encourage his children to try new things. Larry was a dog lover where Shadow, a Labrador, Lucky, a Pit Bull Mix; and later Shadow 2 and Jazz were just as much a part of his family before he died. Larry is survived by his daughter, Andrea Rasizer of Littleton, Colorado, his sons Eric Han, of Tucson, Arizona, Corey Han of Phoenix, Arizona and Ryan Han of Centennial, Colorado; his sisters Magdalene Dunbar of Tucson, Arizona and Margaret Flynn of Phoenix, Arizona; seven grandchildren and many loving nieces, nephews and cousins. He was preceded in death by his parents, Lawrence and Elizabeth in 1980 and 2006, respectively. Memorials are suggested to the . Online condolences can be given at www.samfhaz.com.

Lawrence Egidio Han, 78, passed away Saturday, September 8, 2019, knowing how much he was loved by his children, grandchildren, sisters, nieces, nephews, cousins and friends. A celebration of life service and ceremony to honor his memory will... View Obituary & Service Information

The family of Lawrence Egidio Han created this Life Tributes page to make it easy to share your memories.

Send flowers to the Han family.