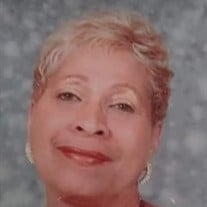 Nancy Carol Perkins (Bailey) was born to Robert and Roselle Bailey (Woods) in Chicago, Illinois on May 12th, 1947. Raised on Chicago's West Side, she graduated from Crane Technical High School. During her tenure at Crane, she met the love of her life, Sandy E. Perkins, and after a storybook six year courtship, they married on August 15th, 1970. To this union were born two children: Kevin and Shatonda In addition to being an outstanding wife and mother, Nancy was also a successful enterpeneur and licensed Day Care provider. In 1990, she founded "NaNa's Quality Daycare for Tots," servicing families in the Southern Suburbs of Chicago. Through her community service she acted as a mentor, parental figure and role model. Although she had only two biological children, she will always be "NaNa" to countless others. Nancy was first introduced to the teachings of Jehovah's Witnesses in the 1970s. In 1986 she resumed her study with Jehovah's Witnesses, dedicating her life to her faith,which she demonstrated through her baptism on July 2, 1988. She was a devout member of the organization for over thirty years. Nancy was extremely outgoing and loving. She was a Soul Food and Soul Music connoisseur with wonderful sense of humor. She was the personification of soul; the epitome of class; the exemplification of dignity, the essence of integrity and the embodiment of strength. She was a faithful wife, sister, friend, parental figure and role model, but her children are blessed and honored to call her mother. Nancy was proceeded in death by her husband :Sandy E. Perkins; Mother: Roselle Woods; Father: Robert Bailey; and two brothers: Anthony Bailey and Keith Pappas She leaves to cherish her memory; her children: Kevin Perkins and Shatonda Perkins; Grandchildren: Troy, Kierra, Gabriel, Jayden and Bailey; One sister: Josephine (Edgar)Metoyer; two brothers: David Pappas and Steve Pappas one Aunt: Beaulah (Morris )Smith and a host of nieces, nephews, cousins and friends.

Nancy Carol Perkins (Bailey) was born to Robert and Roselle Bailey (Woods) in Chicago, Illinois on May 12th, 1947. Raised on Chicago's West Side, she graduated from Crane Technical High School. During her tenure at Crane, she met the love of... View Obituary & Service Information

The family of Nancy C Perkins created this Life Tributes page to make it easy to share your memories.

Send flowers to the Perkins family.