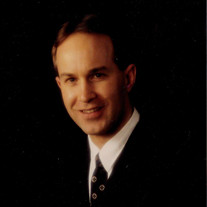 Timothy Allen Gardiner passed away on December 20, 2019 at the VA Hospital in Phoenix, Arizona. Tim struggled from ALS and fought this disease for 3 years. ALS took his voice, he could not eat and drink for the last two years. Although he had ALS, his sense of humor and his big thumbs up sign he made us or other ALS patients encourage to fight and defeat ALS and walk! He was born in Reno, NV on December 19, 1960 to his parents John Gardiner and Darlene Klaviter. He has a sister Debbie, and he had an oldest brother Patt. After Tim graduated from Early Wooster High School, Pagasus 1978 Reno, NV, he worked at a local place. When he was 24, he joined the US Navy. His training center was in San Diego, CA in 1985. His job title was CTO1, he went to PCA, Florida, Japan, Hawaii, Arizona, and Naples, Italy. While working in Kamiseya Japan, Tim met his loving spouse, Yasuko. They married on March 20, 1993. They have two boys, Matthew (25) and Kenneth (16). Last Navy Station was in Naples, Italy and our family had once in a lifetime memories there. Kenneth was born in Italy. It was not the only historical place we visited, we spent time at the beautiful Sorrento Amafali, Blue Cave Capri, and loved to wine and bread as Italian. Italian do Italian does. After three years in Italy, Tim retired from US Navy for 20 years. Tim decided to go back to Ft Huachuca Arizona, and he went back to the same US Government job. After a few years, he transferred his job at the VA Hospital in Tucson as an IT Specialist. His education was continued while working for the US Government, his highest degree was a Masters Degree for IT Specialist. Tim will be honored at the National Cemetery as a Retired Navy Veteran. Service details are below.

Timothy Allen Gardiner passed away on December 20, 2019 at the VA Hospital in Phoenix, Arizona. Tim struggled from ALS and fought this disease for 3 years. ALS took his voice, he could not eat and drink for the last two years. Although he... View Obituary & Service Information

The family of Timothy Allen Gardiner created this Life Tributes page to make it easy to share your memories.

Send flowers to the Gardiner family.